NSW’s decision to subsidise the fitting of Occupant Protection Devices (OPD) to quad bikes when there is reliable evidence showing these devices cause harm to riders.

The Chief Executive of the FCAI Tony Weber said he was also surprised that SafeWork NSW would announce a safety program before it had even seen the outcome of its own safety survey.

“At a time when quad bike owners are looking for advice they can trust and are given the opportunity to contribute to the safety discussion, Safework NSW is providing advice prior to undertaking its survey,” Mr Weber said.

“There’s confused announcements and messaging here which needs immediate clarity from the Minister.

“Firstly, SafeWork has ignored the published evidence that warns against OPD fitment, and secondly it’s spending taxpayers’ money on commissioning an online survey which clearly won’t have an iota of influence on its stated position.

“This begs the obvious question: if their position is already decided, what’s the point is asking people what they think?”

Mr Weber said that a very experienced US engineering firm, Dynamic Research Inc. (DRI), had completed scientific studies to show OPDs can cause as many new injuries as they may prevent, and have data to show

they do not meet the required standard of a ‘safety device’ as outlined in the International Standard ISO 13232-5.

The FCAI believes the focus should be on convincing quad bike riders to wear helmets as the most effective way of preventing injury on straddle-type vehicles, with scientific papers and DRI Simulation studies agreeing on a 60 - 64 per cent reduction in head injury for ATV riders involved in incidents.

“Helmets, rider training, not allowing children onto adult sized ATVs or passengers onto single seat ATVs, and following the manufacturer’s warning and recommendations are the best and most well-known safety practices that can assist riders,” Mr Weber said.

“SafeWork NSW already has this known safety material in its messaging and the FCAI would like to work with SafeWork to communicate these messages as part of the public awareness campaign.”

“There are some strong positives from the Minister’s rebate program, including the subsidy of helmets and training courses. But the endorsement of OPDs is not one of them.”

The FCAI has been working hard to promote safe ATV practices and recently released its ‘5 Star Safe ATV User Guide’ which outlines how riders can improve safety outcomes with a number of tips, including a vehicle selection guide.

The 5 Star Safe ATV User Guide, an ATV safety video and further safety information can be found on the FCAI’s www.atvsafety.com.au website. 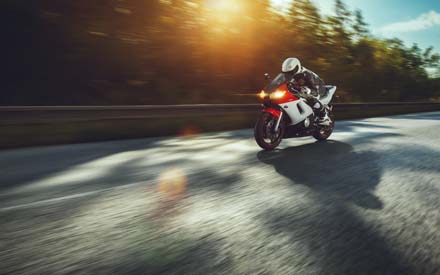 Motorcycle Dealer Councils provide an independent forum for dealers to discuss issues that are important to their short and long-term viability.

The Australian Motorcycle Dealers Association (AMDA) provides a platform for Motorcycle Dealers to collectively discuss industry policy and direction with the ability to be represented nationally on various forums that occur through State and Federal Governments and their agencies.

AMDA is the only national association representing motorcycle retailers in Australia. Regular dialogue occurs with industry associates including;

Motorcycle Dealer Councils provide the intellectual intelligence from which policy guidelines are formed. Issues of importance are pursued on both State and Federal levels by AMDA with the support of the National Motor Trades organization Motor Trades Association of Australia (MTAA)